I recently got into an argument, by clamming that the new HBO mini series Chernobyl was modern propaganda. The counter was, I could not evaluate this since I had not yet seen it. The series seems really interesting and well made, and I just have not yet found a legal way to watch it in Germany. But I assert, that this dramatized not quite documentary is propaganda, even if they remain true to the real events and facts. I give Chernobyl the benefit of the doubt, even though I have grounds to believe that they got some facts wrong. 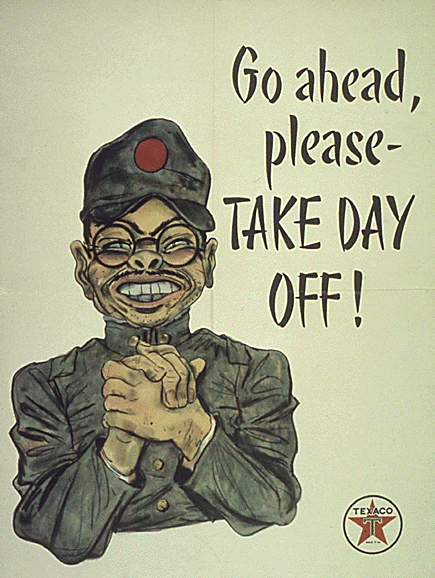 The problem here is that most have an antiquated idea about how propaganda looks like and feels. It is true that when I hear the word propaganda I first think about World War II style obvious propaganda.

As Wikipedia puts it:

Propaganda is information that is not objective and is used primarily to influence an audience and further an agenda, often by presenting facts selectively to encourage a particular synthesis or perception, or using loaded language to produce an emotional rather than a rational response to the information that is presented. Propaganda is often associated with material prepared by governments, but activist groups, companies, religious organizations and the media can also produce propaganda.

But these are the obvious and egregious examples that we have learned to spot. This is the same reason why motivational posters in cooperate environments don't work anymore. I doubt that the notorious "This is your brain on drugs" public service announcement had any serious effect. It's badly acted, it's nonsensical and the message it to much on the nose.

But modern propaganda is way more subtle, more refined and in many case more entertaining. These are pieces of media that well crafted, generally work within or close to the realm of a factual representation and contain just enough divergent viewpoints to make it seem like it is unbiased and objective.

I am not talking about the so called documentaries that are handing around our favorite streaming services, where you can clearly see the agenda. I know some may see them as educational, but that is just confirming your biases. I am talking about something like the movie "The Queen":

The Queen is a biographic drama that was released to cinemas in 2006. It follows the British royal family and especially the Queen Elisabeth II through the events after the death of Diana. Although somewhat critical, the movie tries to humanize the Queen. Although her official appearance is quite cold and reserved, the movie hints at her being a loving grandmother that tries to ease the pain for her two grandchildren, the two princes William and Harry. Her seeming lack of empathy comes from the fact that she born in a different era, one where you just did not publicly show emotions.

Because the movie is rather intimate, there is no way of knowing if anything in the movie is close to the truth. But the movie is sufficiently critical and plausible that we can assume that in general terms it is accurate.

An that is the key trick here, the content is plausible and that opens us to accept the content and their presentation. It makes us more empathic to the queen and the monarchy in general. Something that was quite necessary, since in Britain around 1990, about half wanted to get rid of the monarchy.

Did it work? I don't want to claim that this movie was the sole influence, but there is a clear uptick in favor for the queen in recent years. Unfortunately after all of the 5 minutes of research I could not find any good numbers that would allow a before and after comparison.

I would say, with the exception of totally escapist fiction, almost all pieces of modern media try to "sell" some kind of narrative and influence it's audience. The ones where it is obvious are just badly executed.

And it is no wonder that a movie about the worst civilian nuclear incident is released in the year that acceptance has just tilted back favoring nuclear power.