Artificial Intelligence and The Travelling Salesman 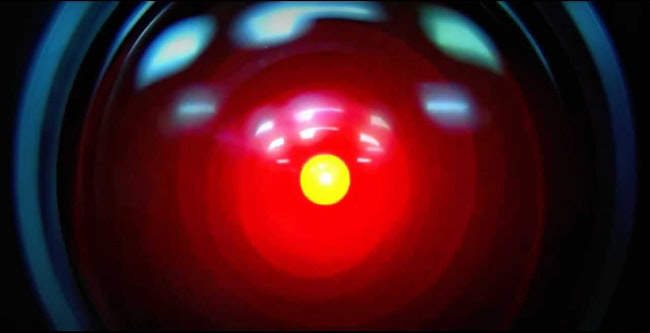 Before we go down the path of the complexity of an artificial intelligence, I will lay out what I mean by artificial intelligence. We are seeing interesting implementations of simulations, for example the chat bot Eliza and more recently Alice have fooled people in thinking that a human is on the other side. News outlets are quick to note that the Turing test was beaten, ignoring the fact that the actual Turing test is significantly more complex.

To understand what non-deterministic polynomial means, we will look at the travelling salesman problem; the go to problem in computer science.

Assume that you are a travelling salesman and need to got to multiple customers, located all over the area. How do you plan your route, to minimize the distance travelled?

The interesting fact about this problem is that humans are able to come up with good solutions (95% optimal) almost instantly. Yet computers are struggling with the problem. Taking the trivial algorithm, they can only return the optimal solution or none. In addition each time you add a customer the execution time doubles. This exponential growth means that you very quickly go from seconds, to minutes, to day, to years in execution, just by adding more customers.

This fact, that humans can conjure up a good solution yet computers utterly fail at the task, has vexed computer scientists for the last century. And that is why much research was put into finding algorithms that produce good solutions in reasonable time, such as randomly picking a couple hundred solutions and picking he best one.

Proponents of artificial intelligence will commonly state that complexity is irrelevant, this will be solved by improvements in computing power, by Moore's Law. This observation is interesting, since computing power is also increasing exponentially. Computing power on individual devices has started to slow, as power consumption is more of an issue, that raw power for most applications. But in high performance computing, this still holds up; at least as a total. (Individual units' power has slowed, but this is compensated by adding more units.)

Now there are two factors working against each other, both are growing exponentially. If you paid attention in math, you will know that in almost all cases these two do not cancel each other out, but the stronger will ultimately win. At this point, it is unclear which will be the stronger, my educated guess is that the complexity of artificial intelligence grows faster than the computing power and I will explain why.

For starters, hardware improvements have already started to struggle. The move from single core to multi-core central processing units (CPU) was a necessity, since it became significantly more difficult to improve the single core. But at some point, the number of cores on a chip will be the next problem, this means that the cores need to communicate. But not only that, there is data flowing through the system, the speed of random access memory (RAM) and disk access is the next hurdle. Where processors have improved blazingly fast, memory and disks are, in comparison, slow to improve. The more this gap widens, the less processors performance matters. This is even more aggravated when clustering computers together, now the slowest leg is the network interconnect. Again improvements in networking, although awesome, are even slower to take hold.

If you want to get anywhere, you need to take into account this architecture with all it's different speed. So now, not only are you trying to solve a problem, such as synthetic vision, which is hard, you need to think about how to efficiently implement it, making it even harder.

The good news is that many problems and solutions in the artificial intelligence field benefit from parallelisation. For example neural networks, in theory they work the most efficient, if one core simulates one neuron. The bad news is that this still suffers from memory access speeds, since each new state must be written back to memory, before it can be accessed by the next neuron consuming this value. (In this case, it may be also just a cache memory on the processor.) This ensures that synchronisation and memory access becomes factor that determines the speed.

But even though a general purpose processor may not be optimal for the task, it is conceivable to implement a dedicated hardware, similar to graphical processor units (GPU), that can efficiently simulate a neural network. And yet, we are suffering from the exponential growth issue. Assuming that you can design a chip that simulates one thousand neurons; something that should be feasible today. This means that you can implement a neural network with one thousand neurons. It is really easy to add one additional neuron to the network, but now you need to add an additional unit. This means that you need to synchronise the two units.

Sure these neuronal processors units may get more powerful, but with each iteration it will be harder and harder to improve the unit, since more and more data flows through the unit. Parallelism in small numbers heads very high improvements, but at some point the management overhead nullifies the improvement. A well understood concept known under the term Amdahl's law.

It seems like the only solution is task parallelisation. That is you dedicate one device or a cluster to a dedicated task. For example synthetic vision and higher level reasoning. The synthetic vision then hands higher level concepts (e.g. a car). But each task can only efficiently grow within the bounds it's unit, with each quickly hitting the point of diminishing returns. The problem is, no matter how you dice and slice it, physics dictated the boundaries. (And don't hold your breath for quantum computing either, all attempts so far where flawed or scams.)

But even within constrained performance boundaries, better and better solutions to the travelling salesman problem have been found. Following that logic, there still hope for those hoping or dreading the singularity, a hope that I will quickly extinguish.

If you either look at solutions to the travelling salesman or common high level planing strategies, such case based reasoning, you will see that they are fake. They are clever tricks that allow flaws to achieve higher performance. Don't get me wrong, I believe that I will see interesting simulated intelligence devices, such as the automated secretary, call system or companion droid. But these devices will not be HAL 9000 or Jarvis, they will never be able to exceed their original programming. We may see some injuries and casualties as automated system misjudge a situation, but they will not doom the human race or bring along it's salvation.